History of Cow slaughter in India 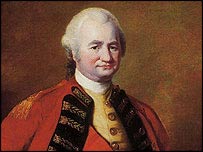 The two most astonishing things for the British who invaded India were, the Indian Gurukula system and the Indian agriculture system. The then Governor of British India Robert Clive made an extensive research on the agriculture system in India with idea of creating dependence on the industrial houses established by the British. The outcome of the research was as follows:

As a part of the Master plan to destabilize the India, cow slaughter was initiated. The first slaughterhouse in India was started in 1760, with a capacity to kill 30,000 (Thirty thousand only) per day, at least one crore cows were eliminated in an years time.Once the cows were slaughtered, then there was no manure and there is no insecticide like cow urine. Robert Clive started a number of slaughter houses before he left India.

A hypothesis to understand the position of Indian agriculture without slaughter houses. In 1740 in the Arcot District of Tamil Nadu, 54 Quintals of rice was harvested from one acre of land using simple manure and pesticides like cow urine and cow dung. As a result of the 350 slaughterhouses which worked day and night by 1910. India was practically bereft of cattle. India had to approach England’s doorstep for industrial manure. Thus industrial manure like urea and phosphate made way to India.

After India attained independence in the name of Green Revolution there was extensive use of industrial manure. Before British left India.

The most cruel and merciless way of slaughtering cows !

1. The cow is half fed and one of their rear legs is held in a machine. A fountain of boiled water is sprinkled on their skin, they are tied upside down with the help of a machine and then, the main vein of the neck of that cow is cut.

Cows who are half fed for 7 to 8 days are taken near a machine where one of their rear legs is held by the machine. Later, a fountain of boiled water is sprinkled on them. The main aim behind this is to increase the blood-flow through the skin and to make the skin soft. After that, the cows are tied upside down with the help of a machine. The main vein near the neck of these cows is cut. The blood which flows after cutting the vein is collected and sold. There is a lot of demand of this blood in the business world. Such blood is collected in so much quantity, that once in Delhi, it got mixed with drinking water through a pipe which had a leakage. In this way, the cows and bulls are tortured till they die, thus suffering great misery. When the blood flow stops, a hole is created in their body and air is filled in them with the help of a machine. Their skin is peeled off and sold in the foreign markets. There is a lot of demand for such soft skin in foreign markets. Small calves too are killed in a similar merciless manner for their skin.

2. Generations of cows being slaughtered through two methods, i.e. ‘halaal’ and ‘jhatka’, and incredible increase in it due to mechanisation, foreign demand and preference for foreign currency.

There are two ways in which cows are killed, namely, ‘halaal’ and ‘jhatka’. As the name suggests, in ‘halaal’ method, the animal is made to endure tremendous suffering while being slaughtered. In this method, a knife is poked slowly through the neck of the animal, and the blood is allowed to drain slowly from its body. This means, instead of slaughtering the animal in one blow, the animal is slaughtered slowly. In the ‘jhatka’ method, an electric shock is given, which is so strong that the animal dies immediately. The animal’s meat which are killed by ‘halaal’ method is tastier than the ones which are killed by ‘jhatka’ method. Hence, there is more demand for ‘halaal’ meat. Thus, just for the enjoyment of the taste buds, an animal is made to undergo tremendous torture. In the olden times too these methods were existent, but its use was very less. However, now a days, due to mechanisation, foreign demand and preference for foreign currency there is a substantial increase in it. – G. N. Kapadi (Rashtramat, 25.5.2000)

Decrease in the number of cows

During Independence, the ratio of cows per thousand persons in our country was 456. Now, this ratio has dropped to approximately 100. Information about it is given in the below table, from 1947 to 1994. National Chairman of Akhil Bhartiya Gosanrakshan organisation, Swami Swayamanand Giri from Delhi told reporters, that before 1947, there were 48 crore cows in India, but now there are only 6 crore cows left. Also, before Independence there were 128 breeds of cows, now only 18 breeds of cows are left.

The hidden cost of beef eating

This article is about exposing the country’s worst kept secret – the unacceptable, high and hidden cost that the country is paying for the dubious distinction of being the world’s largest exporter of beef. Because this article is about listing the terrible truth of the hidden costs of beef production and beef eating. In the last ten years alone, the UN, America, Britain, Australia, Kenya and Austria among other countries have conducted detailed research on the carbon and water footprints of the food we eat; these studies have come to near total unanimous conclusion: beef eating is a land, water and energy intensive food habit which is causing irreversible destruction of individual country’s and global ecosystem.

which are earned by slaughtering cows is used for terrorism (jihad)!

As per a report, money derived from selling bones of cows (approximately Rs. 2000 crore) is used solely for the purpose of jihad. Jihadis don’t use this money for themselves. Every year, a total of approximately one crore cows are slaughtered and the money earned from it is used for jihad by terrorists.

Ordeal of the cow ! 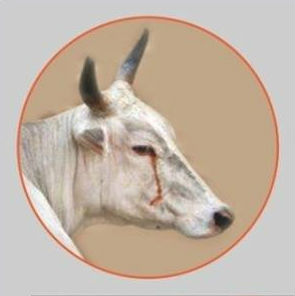 ‘Oh humans, please have mercy on us and release us from the captivity of the cruel butcher ! If we get destroyed, even your generation will be destroyed. Aren’t we your mothers, brothers & sisters ? For how long will you keep tolerating this injustice? For how long will you be just a mute spectator, watching this injustice from your houses, terraces, palaces, temples, math and altars? Those merciless butchers, torture helpless creatures like us by making us unconscious, then tying our legs and hanging us upside down; they splash hot water on us and keep hitting on our skin to make it soft. They give us electric shocks, keep stabbing us till we are alive and remove our skin with a knife. Due to this we die. How could you be so heartless and merciless? Can you see your parents suffer like this? Isn’t this attitude of unbearable negligence a symbol of betrayal and ungratefulness towards us?’ – Gau Karuna Nidhi, Rishi Dayanand Saraswati, Surajmal tyagi, E- 370, A, Shashtri nagar, Ajmer, Rajasthan (‘Aryaniti’, 10.2.2011)

Today 2.40 crore cows and cattle are sluaghtered per year in India. While there were over 70 breeds of cows in the country at the time of independence, today we have only 33 and even among them many breeds are facing extinction. Imagine what will happen, if Cows and cattle will get extincted !

Cow is considered as most sacred animal in Hindu Dharma and devout Hindus consider Cow as their holy mother. Bharat, from ancient times, have history of protection and nurturing of Cows at any cost. Cow is also very much important considering various environmental, economic, medical and social factors.